The Agricultural University of Athens has discovered evidence of fluid alteration in a historical meteorite.

An international team of scientists under the responsibility and coordination of the Assistant Professor of the Agricultural University of Athens, Dr. Ioannis Baziotis, has discovered unique evidence of fluid alteration, as well as a number of ultra-high pressure minerals in the Kakowa meteorite.

Meteorites are rare objects containing precious information on the birth and evolution of our solar system. They preserve evidence of processes that have taken place on asteroids in the first few million years of our solar system’s history. These asteroids have been heated because of the decay of radioactive isotopes and the consequent heat release, leading to their thermal metamorphism and the subsequent release of fluids.

In addition, they have experienced multiple collisions that have left shock –induced damage in the minerals of meteorites. Some of these meteorites are “finds”, often recovered either in Antarctica, or in hot deserts (e.g. the Sahara Desert), but the most “pristine” ones are observed “falls” that are quickly recovered and collected after their landing on Earth, preventing terrestrial alteration.

The Kakowa meteorite pertains to such attributes and is on display in the Meteorite Hall of the Natural History Museum Vienna, in Austria.

Besides, the meteorite Seres is exhibited in the same Meteorite Hall, which is the only meteorite having been recovered on Greek soil in 1818.

For more information, anyone interested can visit the following link: 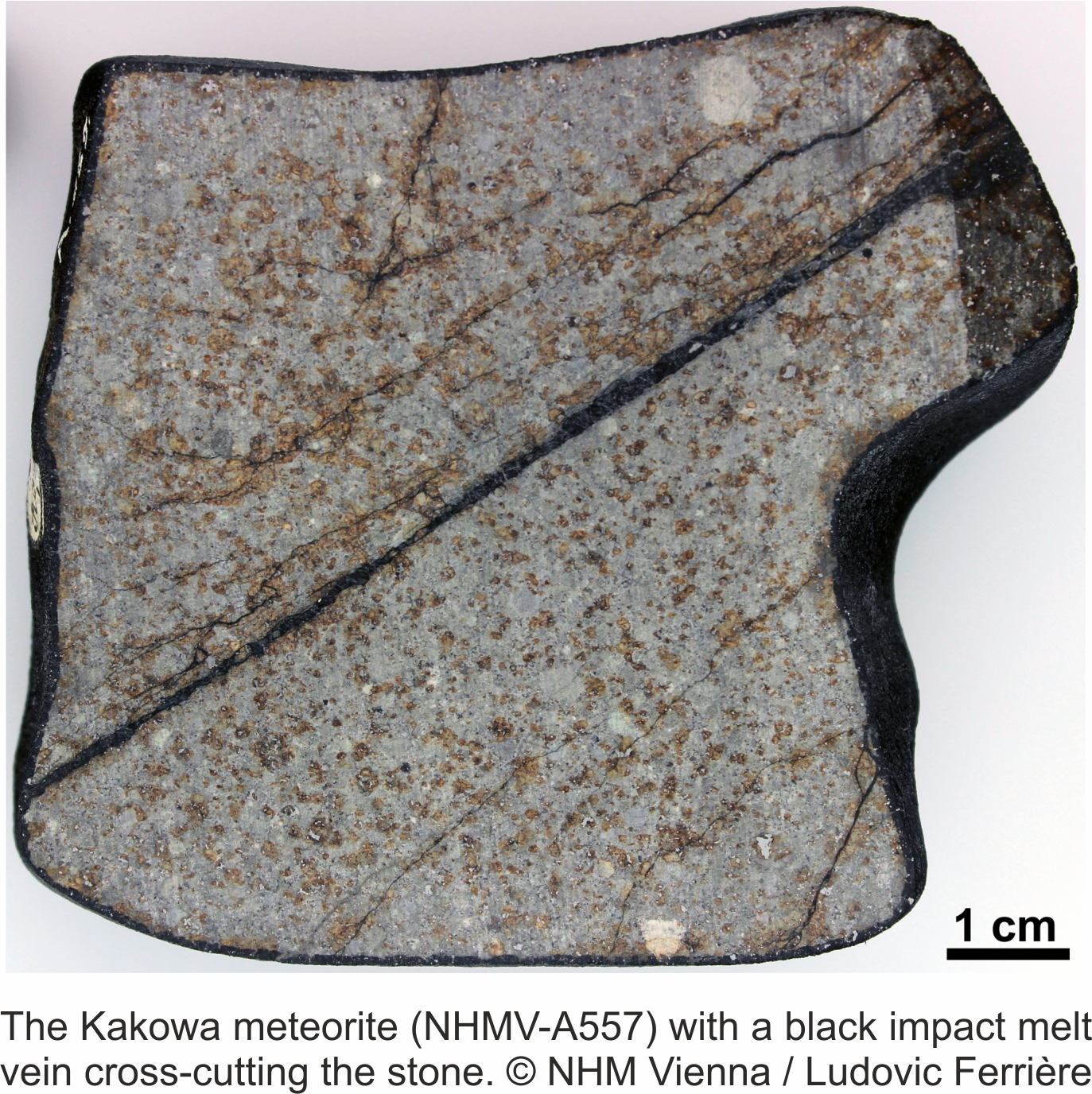 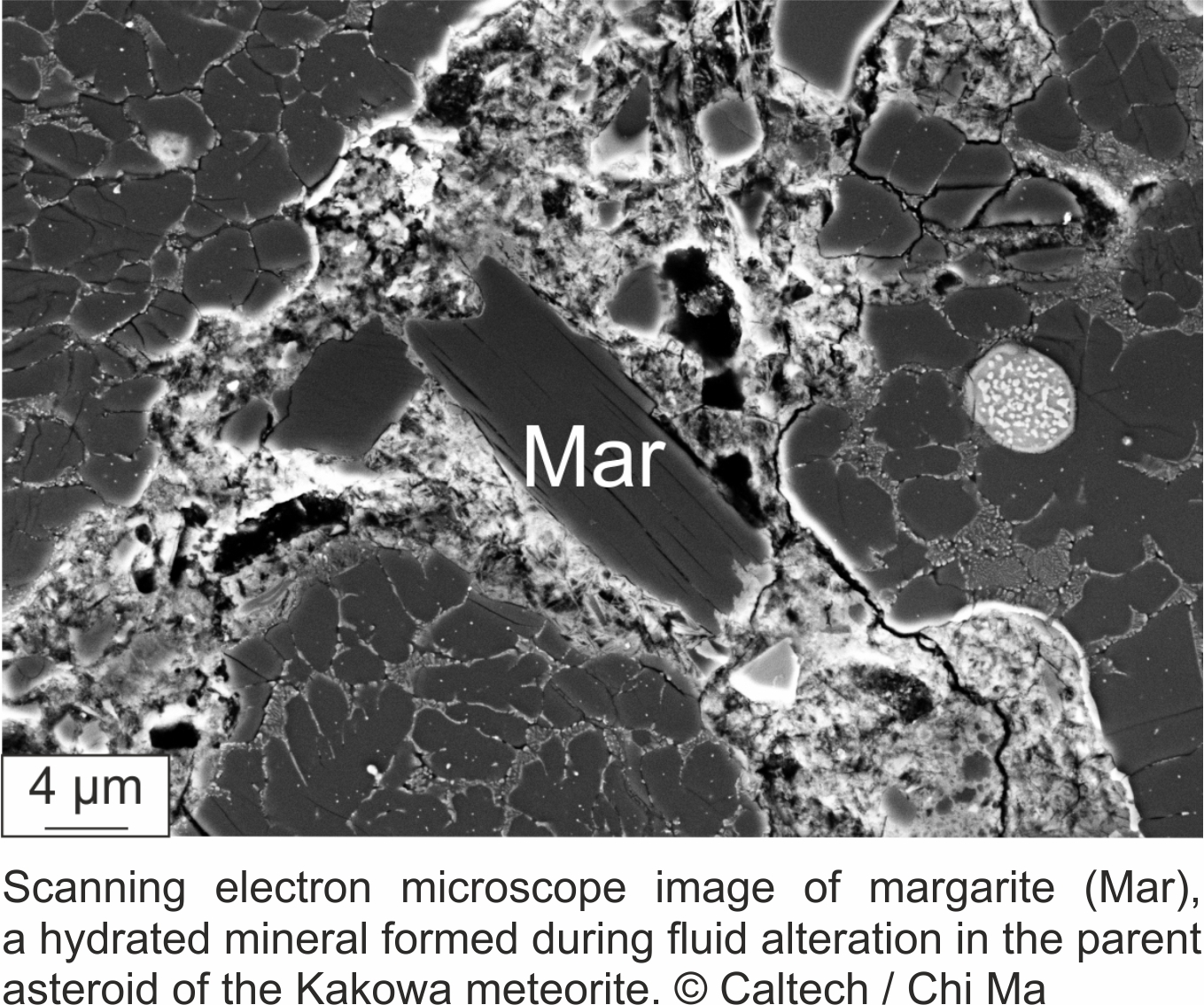