AUA students as well as administration personnel are offered the opportunity to participate to the following cultural clubs:

The clubs have regular meetings coordinated by trainers and their work is often presented to the audience in AUA events.

The AUA Music Club was established in 1993 by a group of students involved mainly with traditional music.  The initiative was received with a warm welcome by several members of the academic society that joined the club and was also vividly supported by the AUA Administration.

The target was to help the members of the club express their artistic and musical sensitivities and get pleasure out of this procedure through the teamwork spirit.

In the past, the AUA Music Club, coordinated by Professor Nikolaos Martinos presented their work in AUA events with orchestra and choir, playing traditional Greek music and singing traditional songs (e.g. Christmas Carrols and hymns from all over Greece).

During the Agricultural Week (1997 and 1999) the Music Club presented the special “From smyrneiko – rempetiko to modern entehno (arty) Greek song”, while at the same time it participated to events within as well as outside AUA.  As an outcome of all this work a CD was released in 2000 titled “Yia des pervolin omorfo”.

From 2007 until today – in cooperation with the composer Dimitris Mitsotakis, who is now coordinator - the AUA Music Club has presented specials to Manos Chatzidakis (2007), to the poets Nikos Kavvadias (2008) and Manolis Anagnostakis (2009), to the lyrics writer Alekos Sakelarios (2012) and to the composer Vassilis Tsitsanis (2014).  It has also presented specials to the Greek cinema (November 2010), to songs and dances from Asia Minor in cooperation with dance groups from KETHEA Diavasis (2011), as well as to modern entehno (arty) and laiko (popular) song (2013). 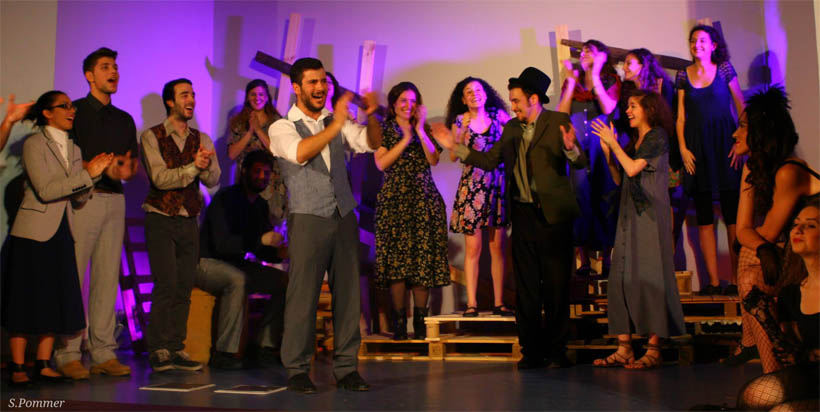 The AUA Cultural Activities Committee has established two theatre clubs of 60 students under the directing instructions of Dimitris Mikios.

Rehearsals take place at the New Conference Centre on Mondays (club B) and on Fridays (club A) at 16:00.

Club B played in May 2015 “Kiniki ston kato kosmo”, a remix of Loukianos’s play “Nekriki Dialogi”.  Club A played at the same period “The Suede Jacket” by Stanislav Stratiev.

Interpersonal relationships: the relationship with the opposite sex
on Tuesday, 7th of February 2023, 18:00-19:00
Memory functions and efficient study at the University with emphasis on coding
Friday 20 January 2023
Awarding of honorary commendations for the Volleyball Championship at the Agricultural University of Athens
Cognitive maps and working memory with emphasis on memory mental mapping techniques
Friday 16 December 2022
Self-esteem and confidence
on Tuesday, 13th of December 2022, 18:00-19:00 in the Multiple Purpose hall.
Stress and psychosomatic symptoms
on Tuesday, 6th of December
Μeeting "Soil, Plant and Water analyses: Challenges and Perspectives"
25/11/2022 at 12.00, AUA Library
Memory techniques and the preparation of the exam courses with emphasis on long-term memory (LTM)
on Friday 25 November 2022
2nd Scientific - Information Day on “Smart Agriculture and Circular Bioeconomy- SmartBIC”
On Tuesday, November 22 2022, from 11.00 am to 14.00 pm,
Participation of the Institute Marketing & Research of Medicinal and Aromatic Plants in AGROTICA 2022
Agrotica 2022, Thessaloniki, Thursday, October 20, 2022, in the OLYMPIAS Hall of the I. VELIDIS Conference Center at 10:30 - 12:30