The Agricultural University of Athens draws the road map for agri-food crisis management and the future of Greek agriculture. 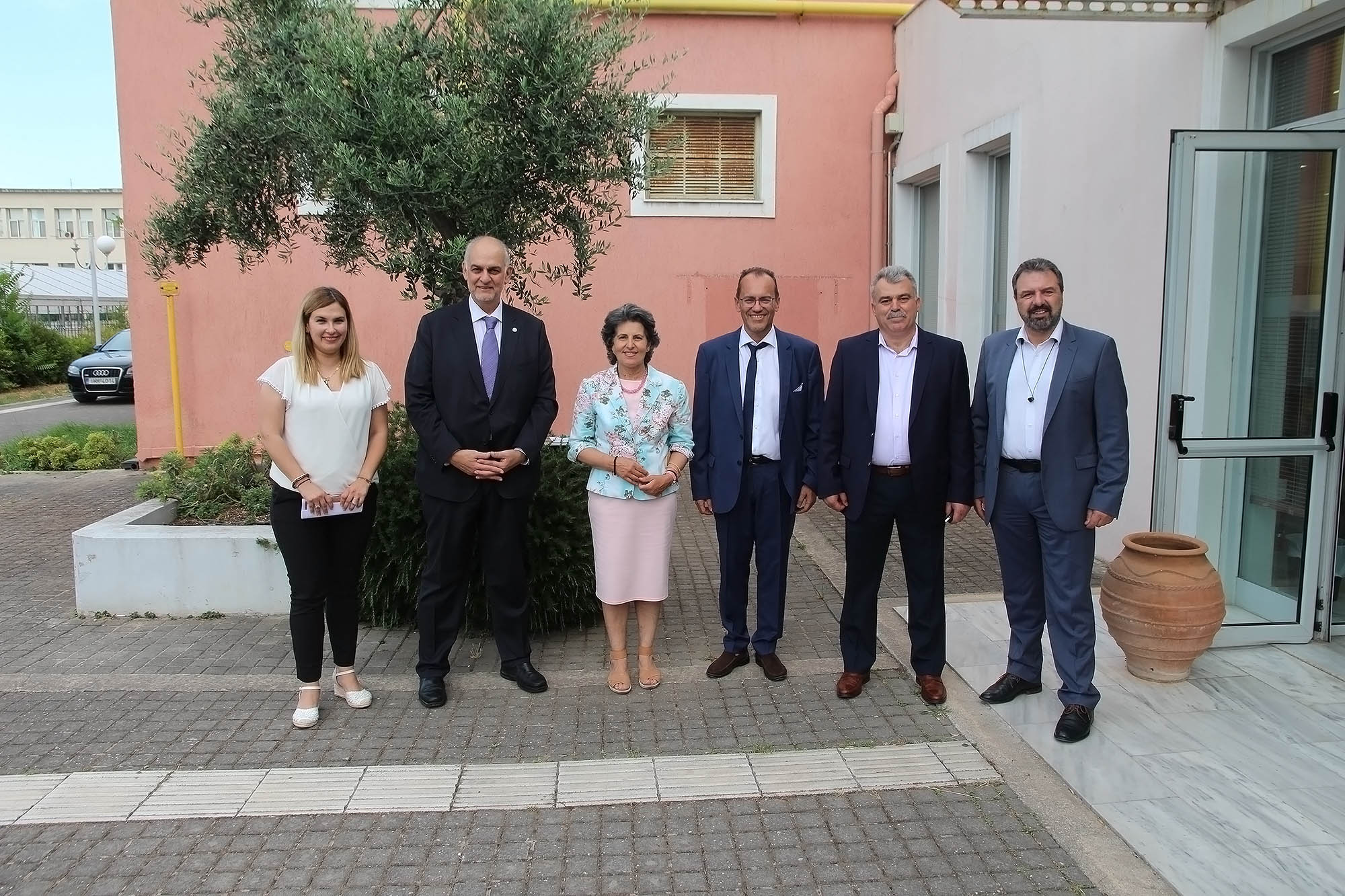 Within the period of food security we are going through, the Agricultural University of Athens has undertaken key initiatives for the elaboration of a complete proposal associated both with the way out of the current crisis and the  development strategy of Greek agriculture. On Wednesday, June 15 2022 at 18:00 p.m., at the Conference Amphitheater of the Agricultural University of Athens, a soiree was held, dedicated to the issue of food security and the future of Greek agriculture.

Climate change has serious effects on the average global agricultural production, while at the same time the war in Ukraine has increased the food prices, combined with energy costs and the pandemic COVID-19. These four factors raise concerns for a forthcoming food crisis. The main target of this event involved positions and proposals planning, in relation to food security and guidance of Greek agriculture, in view of the new geopolitical data.

The Rector of the Agricultural University of Athens, Professor Spyridon Kintzios acted as master of ceremonies, who took the initiative for the organization of this political dialogue, with the aim of finding solutions for addressing the burning issue that will be the subject of debates over the coming months.

Τhe Professor of Agriculture and Organic Agriculture of the AUA Department of Crop Science, Dimitrios Bilalis, presented a thorough technical analysis of the present-state-of art not only in Greece, but across the rest of Europe based on the most recent data statistics. Afterwards, a round of extensive speeches and positions took place, namely, on the part of the General Secretariat of Rural Development and Food, Ms Christiana Kalogirou, the former Minister of Rural Development and Food and Head of Rural Development of the Coalition of the Radical Left – Progressive Alliance (SYRIZA) Mr. Stavros Arachovitis, the Member of Parliament for Argolida and the Head of Movement for Change (PASOK-KINAL), Mr. Andreas Poulas, the member of the Department of Agricultural Policy of the Communist Party of Greece (ΚΚΕ) Mr. Miltiadis Christopoulos and the President of the Geotechnical Chamber of Greece, Professor Sryridon Mamalis.

The conference was honoured with the presence and important interventions of the Vice Rectors, the Deans, Presidents and Deputy Presidents of the Academic Departments of the Agricultural University of Athens, whereas the coordination of the  event was held by the Assistant Professor of the AUA Department of Biotechnology, Ms. Sophie Mavrikou.

Debate in the Greek House of Parliament.

Thereinafter, on Wednesday June 22, 2022, in the House of Senate of the Greek Parliament, the Rector of the Agricultural University of Athens, Professor Spyridon Kintzios elaborated the brief abstract of the convention results, as well as the outline of the AUA proposal for the development of Greek agriculture and livestock in future, before the Standing Committee on Production and Trade members. According to the particular statement, the current crisis of agri-food insecurity shows in the most clear manner, the necessity for strategic planning and reorientation of agriculture and livestock towards the direction of social benefit and social needs.

Indeed, the term of food sovereignty of each country, which has been recently introduced into the political terminology, is not given at random. On the contrary, it is suggested as a decisive strategy, laying emphasis on the right of local populations to control their own nutrition systems, wherein markets, ecological resources, traditional gastronomy and the ways of production and distribution are included, too. Therefore, the targeted review of the model of agricultural production and consumption turns out to be the only way forward for Greece. No-one can doubt the fact that crisis has already put to the test the daily life of millions of our fellow citizens, especially of those belonging to the most vulnerable social strata.

As a result of that situation, transformation of the Greek agricultural production should set the elimination of inequalities as a pivotal goal. The accomplishment of that goal presupposes the provision of four basic conditions, namely durability, accessibility, safety and quality.

The necessary interventions on the highest level of political planning must comprise the following at least, axes:

2.         The increase in competitiveness by means of the diversification of production, implementing alternative technologies and minimizing the use of crop inputs.

3.         Maintenance of biodiversity, which forms a significant feature of Greece, within the frameworks of a sustainable agricultural activity.

The general increase of the quantities of agricultural products, used as raw materials in industry, tourism and food service activities falls into the development goals that must be attained in the next decades. The importance of innovation is crucial in establishing not only a durable food production system, but that of non-edible agricultural products, as well. However, the fulfilment of the innovative renaissance of Greek agriculture presupposes the existence of investments, which in turn are dependent upon human resources renewal, inasmuch the operation of collective schemes.

Along these lines, providing high incentives for setting young farmers is suggested as the most valuable action, in combination with the development of a system of agricultural advisory services and agricultural land rental facilitation.

The comprehensive study and proposal of the Agricultural University of Athens is to be very soon presented in the next session of the Standing Committee on Production and Trade members.

In conclusion, all the interested parties can watch the detailed presentation of the Rector of the Agricultural University of Athens, on the pertinent video on the following link: https://www.hellenicparliament.gr/Vouli-ton-Ellinon/ToKtirio/Fotografiko-Archeio/#4ece46a7-e1f9-47cf-a3ba-aebd00b09806, in particular after the 24:00 min. of the current sitting of the Standing Committee on Production and Trade members,  in the House of Senate of the Greek Parliament. 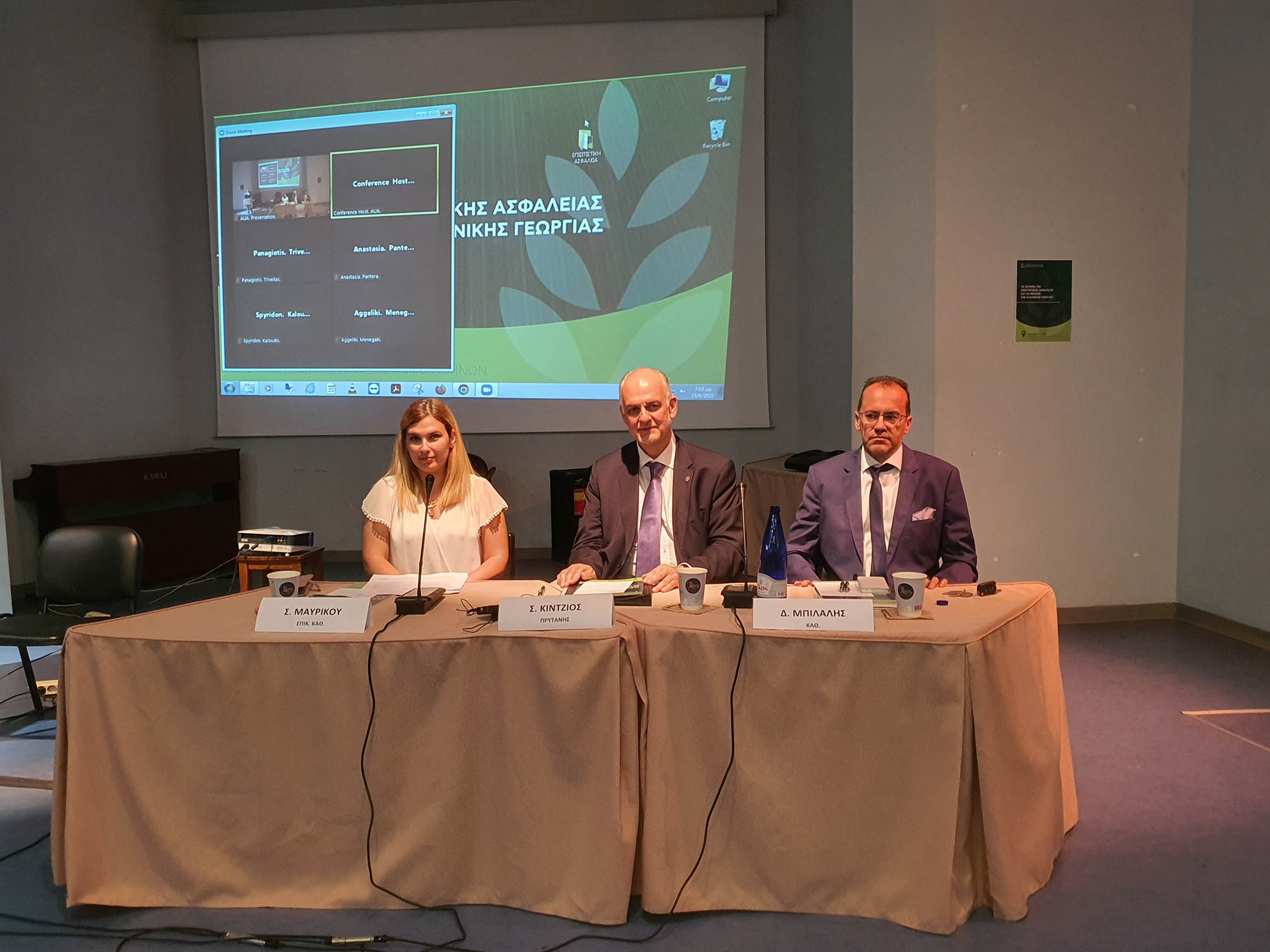 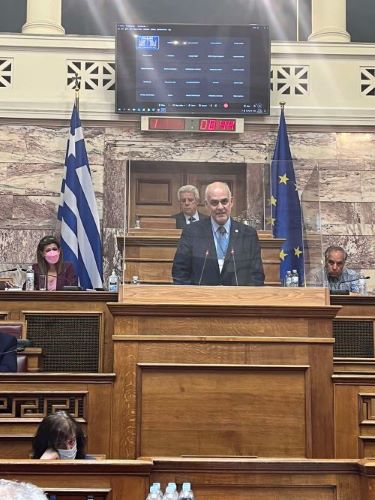