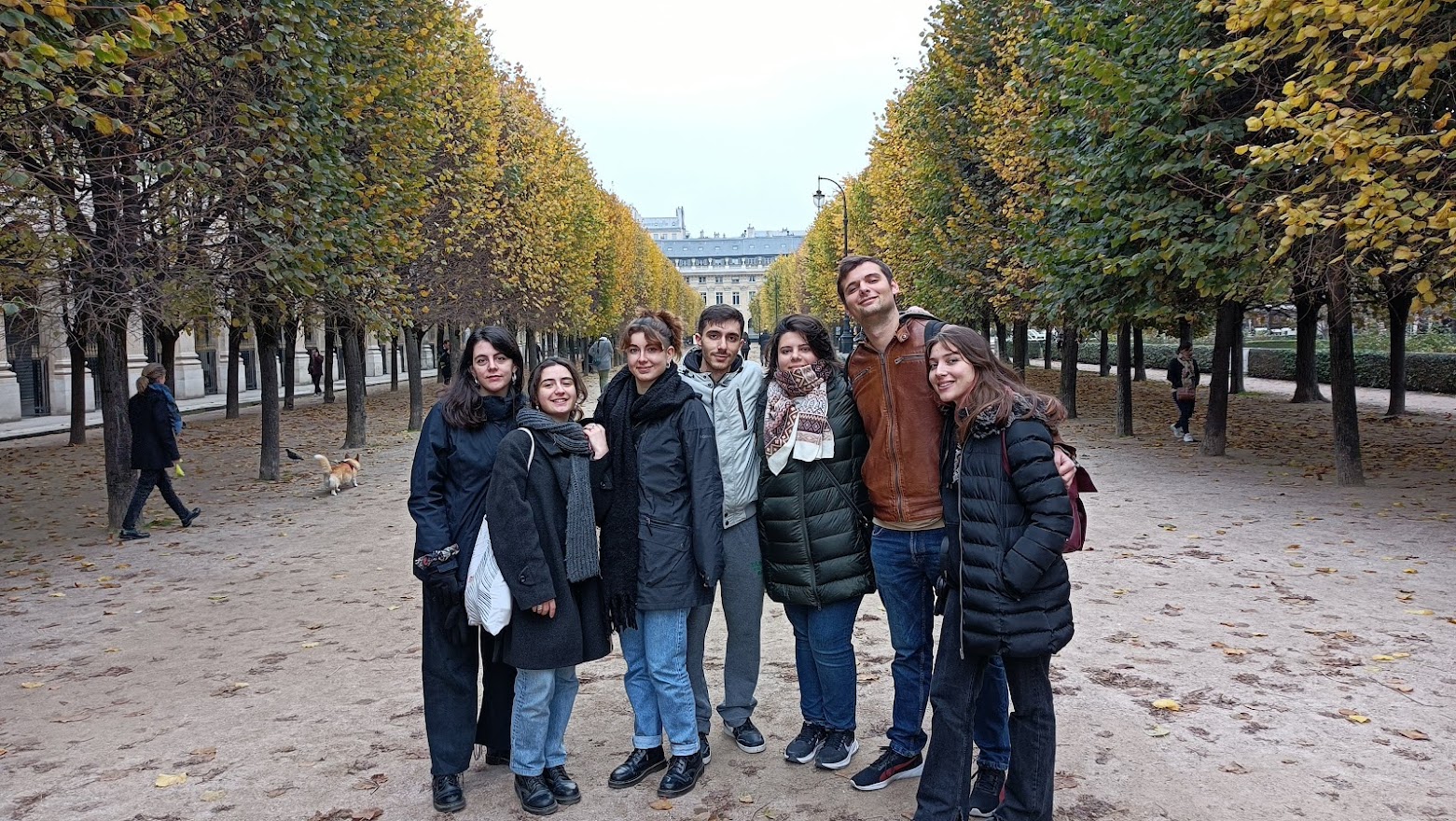 The Team composed of seven (7) students, travelled to Paris for the launching of the project “AdAPTED” which gives the solution to the problems of production of the reagents used in PCR. Up until recently, the PCR reagents have been created chemically which must be transported and stored at freezing temperatures, making it difficult to diagnose diseases such as COVID-19, on a larger scale as well as in inaccessible places. The final product of the AdAPTED project provides a cheap and ecological alternative for the generation of these reagents (the four dNTPs and a polymerase), in addition to their possible application for medical, research or educational purposes.

The AdAPTED project utilizes genetically modified bacteria Escherichia coli BL21 (D3) which overexpress the enzymes RNR, TSase and Pfu polymerase. Specifically, the first two are the major enzymes of the metabolic pathway for the de novo production of deoxyribonucleotides (dNTPs), while the latter is a thermotolerant DNA polymerase generated naturally by the species Pyroccocus furiosus. These bacteria can be easily grown in the laboratory and are therefore used as cell factories for creating the above molecules. After growing, the bacteria can be lysed by a simple centrifugation and applied directly for the PCR reaction as dNTP resource and (after following simple purification steps) as the polymerase resource for the enzyme. Thus, the environmentally harmful and low-yield production techniques for these reagents can be avoided. Instead, there is much possibility of having this system in every laboratory, facilitating the distribution and availability of vital reagents for the valuable PCR technique. Besides, the project was based on the experiments and the computational models performed by the Team Members.

Furthermore, the Team’s project tasks included a great number of fruitful discussions with experts from different fields around the world, with the aim of obtaining an overall view of the question inasmuch considering good practices for dealing with it. Moreover, one of the goals of the Group has been the communication of the notion of the Science of Synthetic Biology to the public at large, which has been successfully achieved by means of the multiple actions organized by the Team.

The complete project of the iGEM Athens Team 2021 is presented on the official website https://2021.igem.org/Team:Athens where all the criteria of the competition met by the Team for the gold category are very well analysed.

Needless to say, warm thanks are due to all the Universities and Laboratories involved, which along with the Professors and the competent Academic Staff in general, have been effectively supporting this ambitious project. Special acknowledgments should be made for the Scientific Coordinators of the Team, namely Dr. Evangelos Topakas, Associate Professor of the School of Chemical Engineering (NTUA), Dr. Vasiliki Koumantou, Assistant Professor of the Department of Biotechnology (AUA) and Dr. Panagoula Kollia, Professor of the Department of Biology (NKUA). On top of that, such an effort would not have been attained, if it had not been for the financial aid of the School of Chemical Engineering, Pfizer Hellas, CSL Behring, as well as the iGEM and Frederick Gardner Cottrell Foundations, which honored our Team with the iGEM 2021 Team Impact Grant.