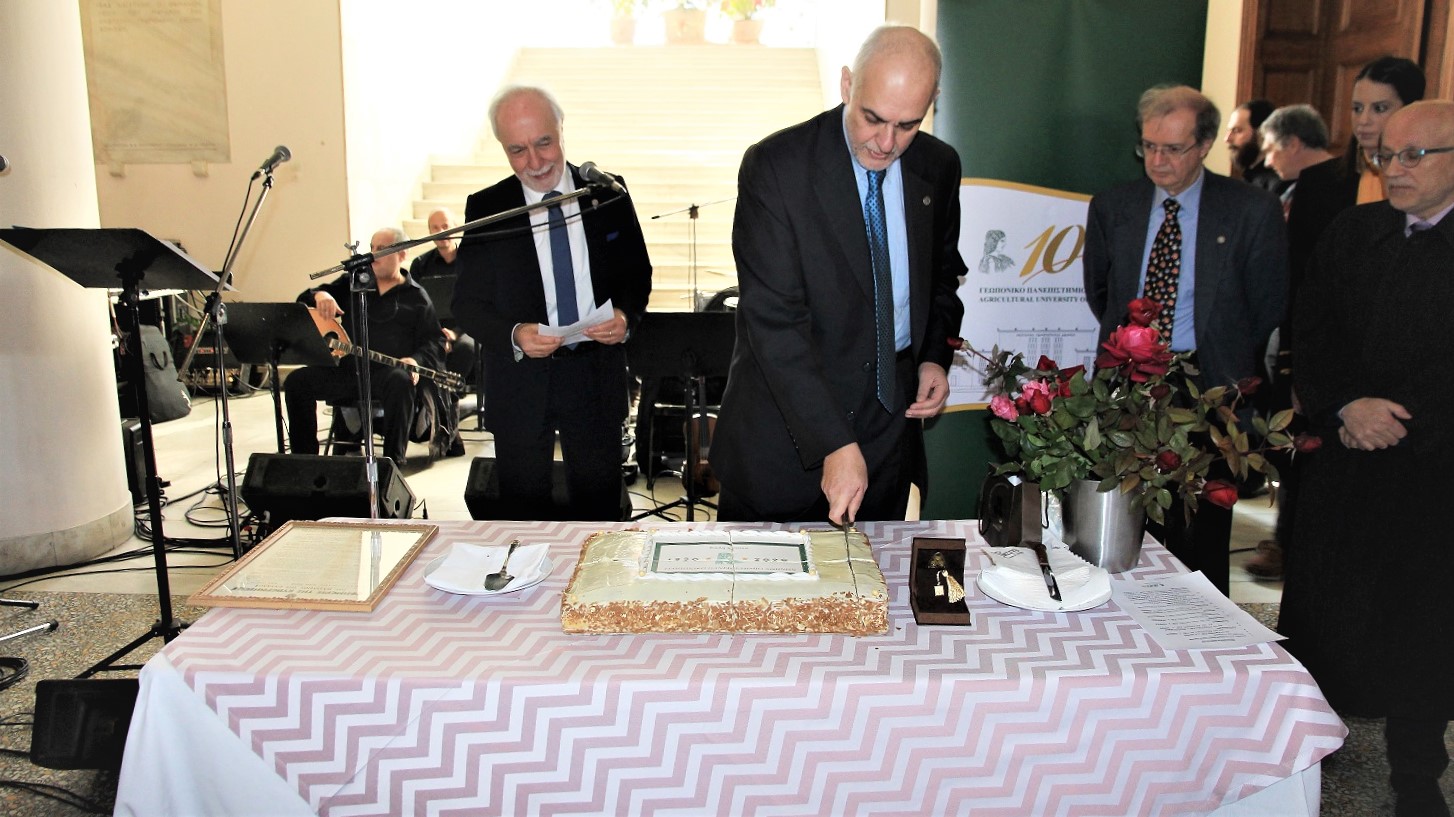 On Wednesday,  January  the 22nd of 2020, the event of the cutting of the New Year’s Day Cake, was hosted on the ground floor of the Central Administration Building,  at the premises of the Agricultural University of Athens, in the presence of the Rectorate Authorities, as well as Members of the Academic Community.
Just over one hundred years ago, on January the 22nd of 1920, the single-school Higher Agricultural Faculty of Athens, actually, the third oldest University of our country, was founded. Nowadays, the Establishment consists of six (6) Schools and fourteen (14) Departments, extending across four Prefectures and two Regions.
The Rector of the Agricultural University of Athens, Mr Spyridon Kintzios, in his highly emotional speech, referred to the contribution of the Institution to the development of the Country's Agricultural Sector, setting the goals for the future of the University, too.

Last but not least, the Music Lab of the Municipality of Athens, accompanied the event, casting an air of delight over the gathering. Indeed, Mrs. Vassiliki Zogopoulou, from the Greenhouse of Ornamental Plants, won the gold coin.