Participation of the Agricultural University of Athens in the 28th International Exhibition of Agricultural Machinery, Equipment and Supplies - Agrotica 2020 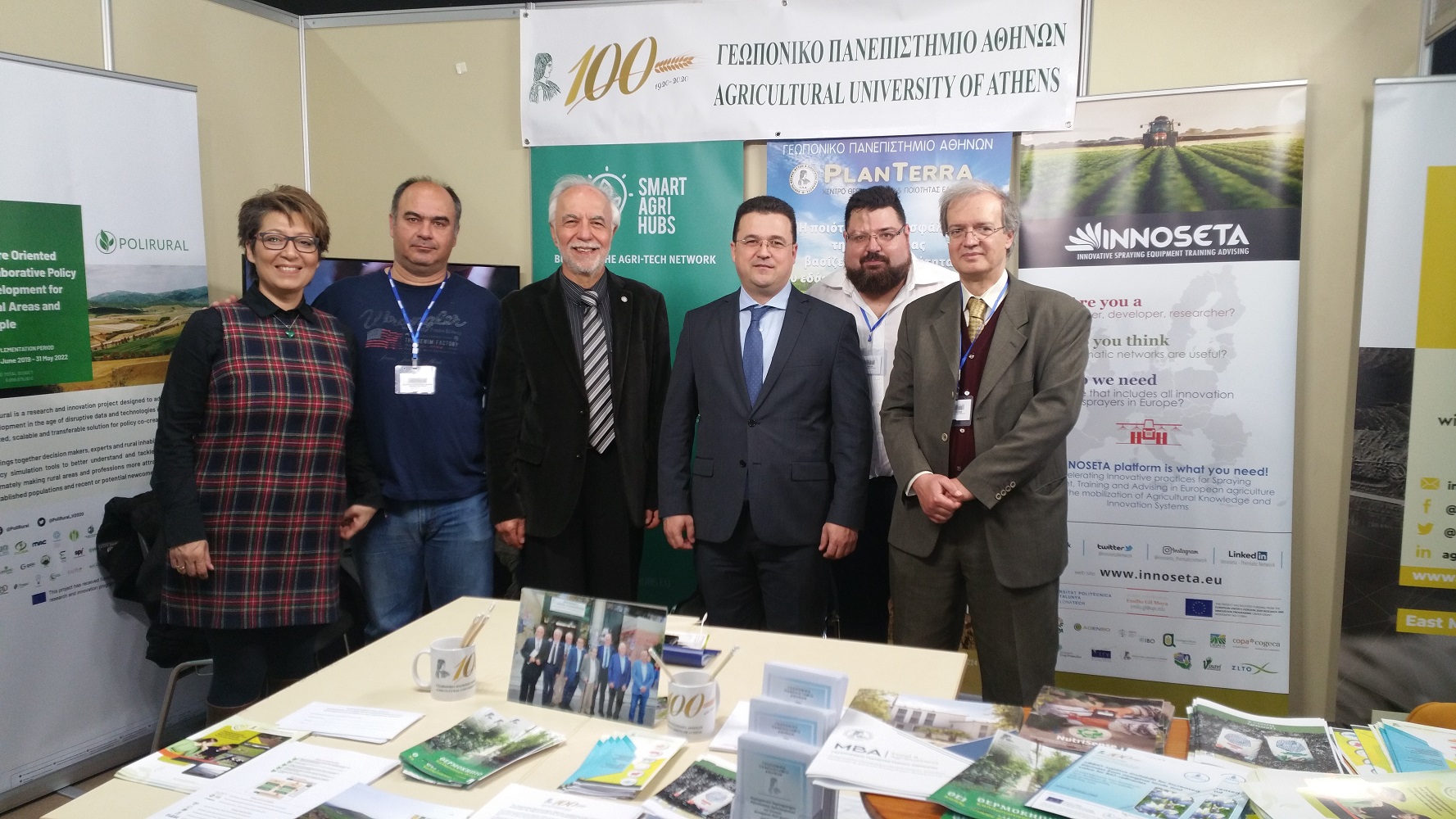 The 28th International Exhibition of Agricultural Machinery, Equipment and Supplies - Agrotica 2020, was held, from the 30th  of January up to the 2nd of February 2020, at the Thessaloniki International Exhibition & Conference Center. The Agricultural University of Athens participated, vigorously, in the exhibition, presenting a robustly organized and staffed booth, and such a statement proved strikingly, by the interest and the number of visitors, who paid a call on the pavilion assembly, and conversed with executives, as well as volunteers, about the academic and research actions of our Institution.

In these exceptional times, it is more than worthwhile mentioning that, this year constitutes a milestone for the Agricultural University of Athens, the third Oldest University in Greece, as one hundred years have passed, since it was founded. Indeed, the Vice-Rector of Finance, Planning and Development, Professor Iordanis Chatzipavlidis, and the Vice-Rector of Administrative, Academic and Student Affairs, Professor Nikolaos Dercas, honoured with their presence, throughout the exhibition, with the aim of forwarding the actions of the Agricultural University of Athens, to the highest level.

Among the eminent visitors, who attended the pavilion, set by the Agricultural University of Athens,  were personalities, such as the Minister of Rural Development and Food, namely, Mr. Mavroudis Voridis, and the Secretary-General of the aforementioned Ministry, Mr. George Stratakos, the Chairwoman, of the political party “Movement for Change”, Mrs Fofi Gennimata,  with the pertinent task force as well as the President of ELGO-Dimitra, Professor Serco Haroutounian.

Furthermore, plenty of Professors of our University, were present at the structures of the exhibition stand, providing any useful information, about the actions, the expertise and the technical know - how, implemented by the Agricultural University of Athens. Last but not least, the attendance of a large number of Professors of our University, being the lecturers at one day scientific workshops arranged, was outstanding.