MEETING OF THE RECTOR OF THE AGRICULTURAL UNIVERSITY OF ATHENS WITH THE FRENCH MINISTER OF HIGHER EDUCATION, RESEARCH AND INNOVATION 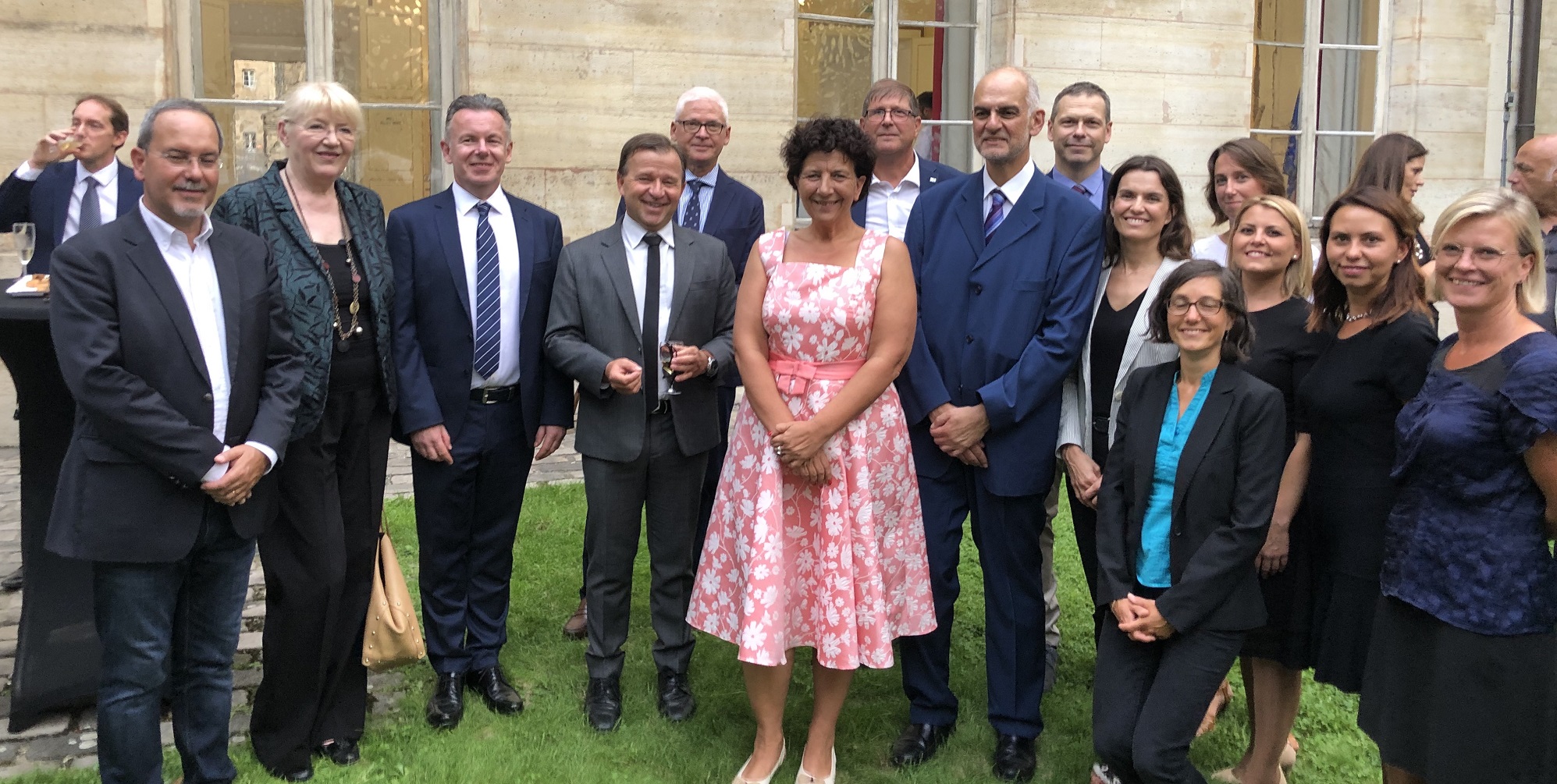 The meeting, which was also attended by the Rectors of all French universities, emphasized the special importance of the new institution of European Universities as a model for the completion of the European Charter for Higher Education. It is worth mentioning that this institution was established on the personal initiative of President Macron and aspires to set new standards in the European Union's academic record.

The EU-CONEXUS coordinator is La Rochelle University and its Rector, Professor Jean Marc Ogier with whom Rector Spyridon Kintzios had a warm conversation and offered a symbolic gift of press papier with the engraved form of the goddess Dimitra, patroness of Agriculture. In addition to their cooperation within the framework of EU-CONEXUS, La Rochelle University and the Agricultural University of Athens are investing in further building a close bilateral relationship with a long-term horizon and emphasis on blue coastal development and sustainable coastal management.