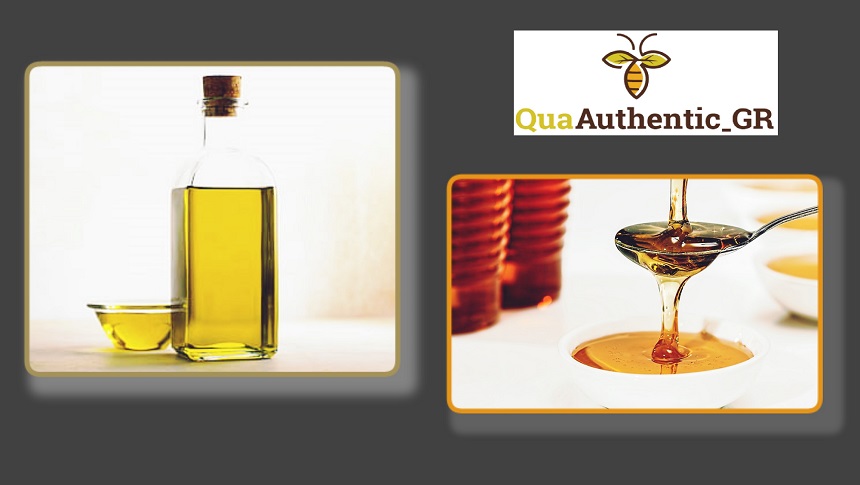 The research program QuaAuthentic_GR, whose duration lasts for three years, is implemented in the framework of the RESEARCH - CREATE - INNOVATE Action and is co-financed by the European Union and national resources through the O.P. Competitiveness, Entrepreneurship & Innovation (EPAνEK). The principal aim of  QuaAuthentic_GR is the development of innovative "tools" to determine the authenticity of quality in basic exportable Greek products of high added value such as olive oil and honey with a combination of modern techniques to sensitize both the consumer public and producers.

The scientific coordinator of the project is the Professor and Dean of the Department of Food Science and Human Nutrition of the Agricultural University of Athens, Mr. Petros Tarantilis. The coordinator of the project is the Institute of Preventive Medicine, Environmental and Occupational Health, Prolepsis. The Company - ERGANAL Quality Control Laboratories and the Professional Olive Oil Organization SEVITEL participate in the partnership.

The expected outcomes are:

a) the development of innovative “tools” combined by identifying authenticity parameters in Greek traditional products such as honey and olive oil with high accuracy and sensitivity, accessible to laboratories and food safety authorities,

b)  inclusion of protocols in food industries’ “Good Manufacture and Industrial Practice”, as an additional preventive measure against financial penalties, so as to retain their good reputation and

c) consumers’ skills acquisition in order not to be easily deceived.

The project is expected to have a positive impact on public health, as it will strengthen the consumer's critical ability to choose Greek genuine (non-counterfeit) products, of a high level of quality. At the same time, it is expected to enhance the competitiveness of Greek olive oil and honey, as food companies and Greek producers will be able to use a modern and fully valid tool to certify the high level of quality of their products.

“Smart Agriculture” at the disposal of Greek Farmers
Internship for the Students of the 10th semester funded by ESF (European Social Fund) ESPA
Applications turned in until February 15
Νew series of Data Analysis and Data Exploration lectures
Investigating the genetic basis of autochthonous Greek bovine breeds
The Agricultural University of Athens participates in the Greek node, METROFOOD-GR, of METROFOOD-RI
Rectorate's wishes
The Agricultural University of Athens, coordinates the European project - DIgital TEChnologies
Νew postgraduate course titled “PROTECTED CULTIVATION – HYDROPONICS”
Applications to the course can be submitted up to December 15, 2020
The research program QuaAuthentic_GR verifies the authenticity of olive oil and honey
Distinction of iGEM Athens 2020 student team in the global iGEM synthetic biology competition