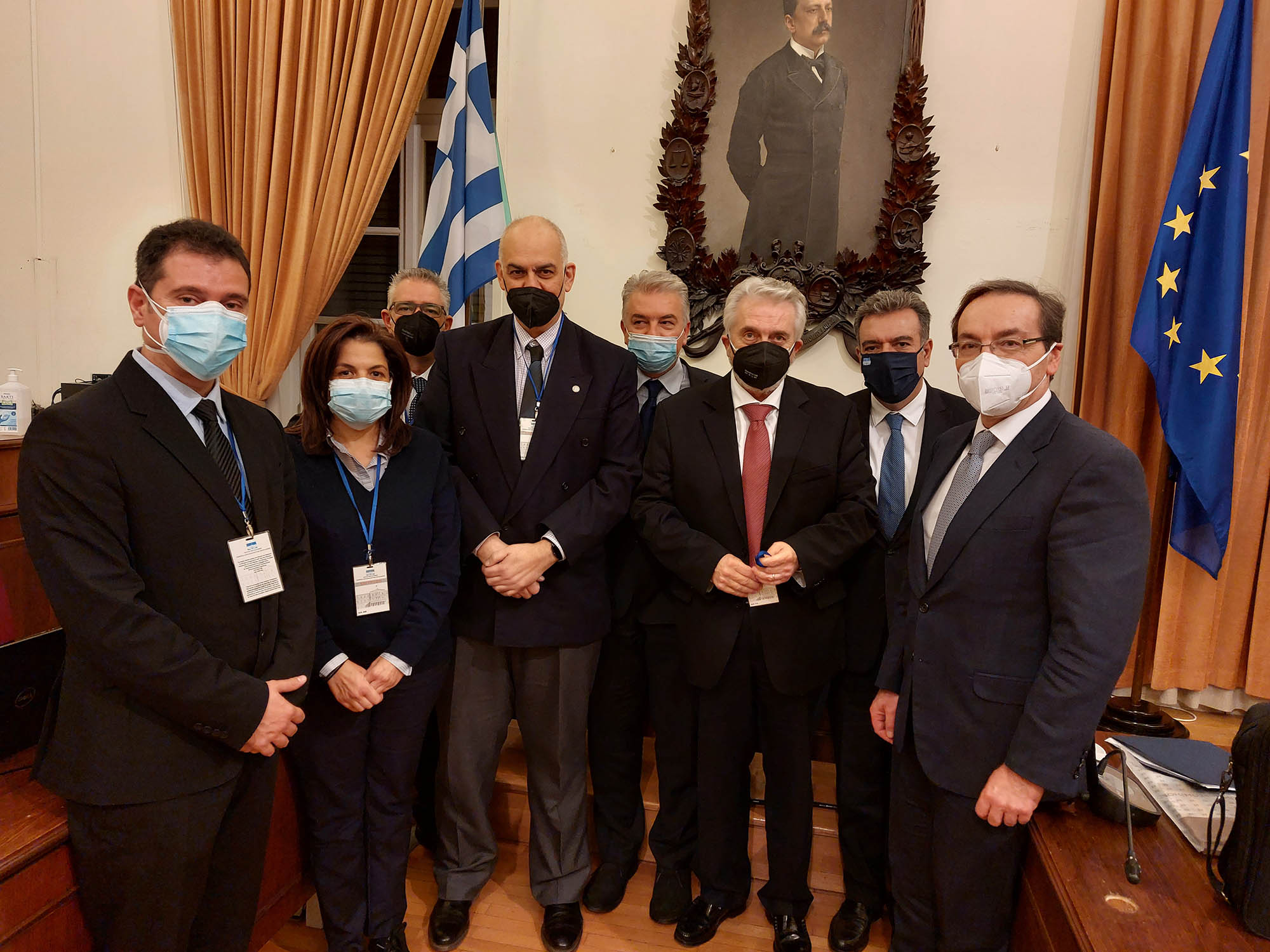 A session of the Special Permanent Committee of the Regions of the Hellenic Parliament took place on Thursday, December 16 2021, upon the following issue of the agenda: “Restrictions imposed as far as the overriding public interest is concerned, which hinder the development of Geographical Areas and Regions, by means of proper incentives introduction, as well as the provision of compensatory benefits, in order to eliminate regional inequalities- The case of the Regional Unit of Phocis, being the most typical example”.

On top of that, it was emphasized throughout the meeting that, in the interests of providing full support and ensuring the smooth and effective functioning of the above AUA Department which constitutes a non-negotiable priority, lies the necessity that the regional development should first of all, be addressed to the inhabitants of the Region and engage them as active participants and main beneficiaries, too.

Afterwards, D Tsiotas featured the proposal – intervention, entitled: “Regional disparities in Greece and the position of the Regional Unit of Phocis”. The proposal was based on the data collected in the framework of a Study in progress, by the pertinent Working Group composed by the Associate Professors, A. Menegaki, C. Papadas and A. Vlami included, who is under appointment as an Assistant Professor.

The finest presentation received the specially, praiseworthy comments of all the participants and certainly stimulates the items of the agenda of the next sessions of the Committee. The plan for the development of the Phocis Prefecture forms a great ambition of the Agricultural University of Athens with the furher aim of setting a remarkable example across the national territory.

The complete session of the Committee is available on the link below, placing the interventions of the Agricultural University of Athens between 1:36:45 και 1:54:24.