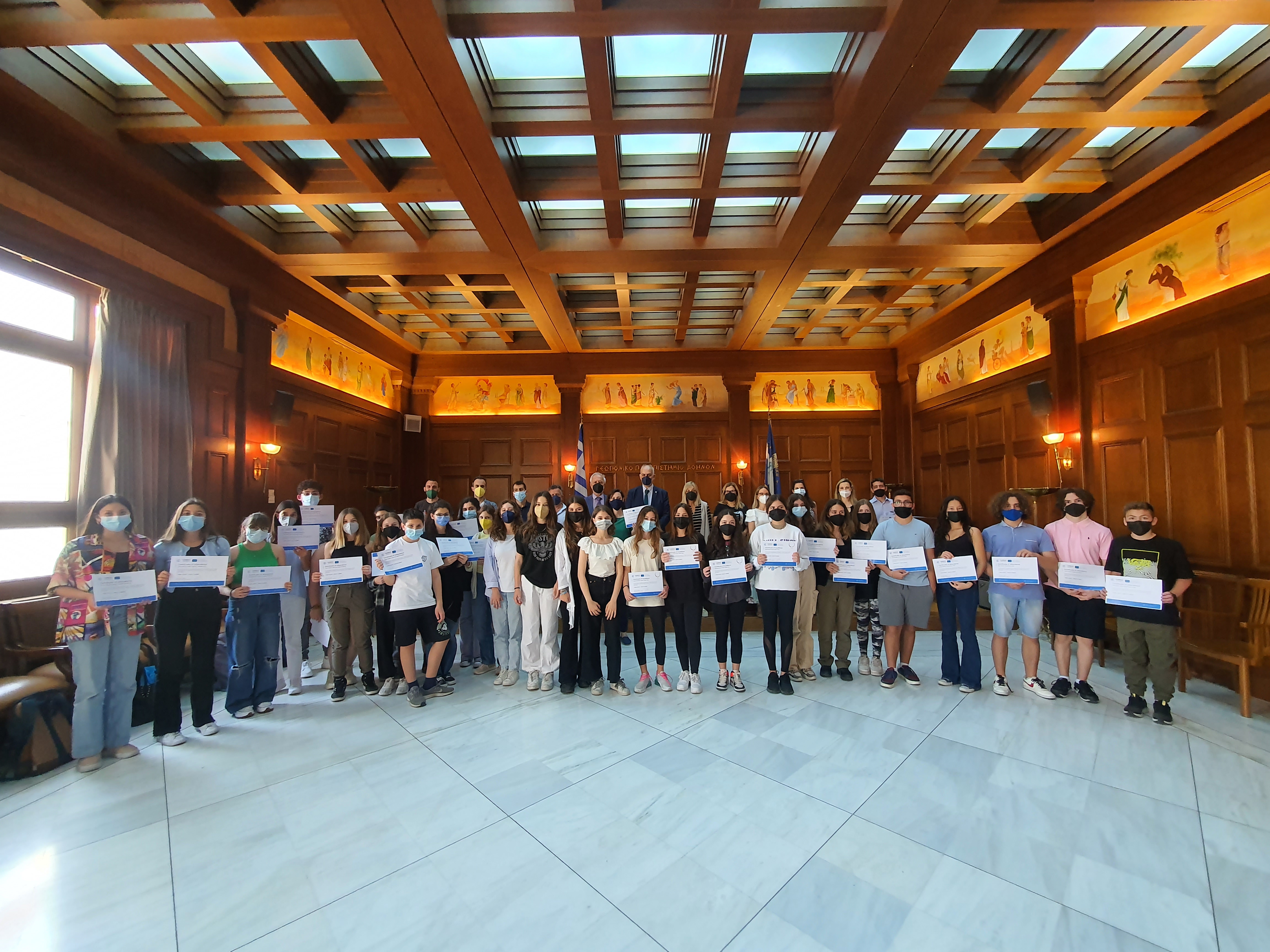 On Wednesday, May 18, 2022, the event for awarding prizes to the school groups that participated in the European School Contest: “Think smart, create green” 2021-2022 organised by EU-CONEXUS, took place at the Ceremony Hall of the Agricultural University of Athens.

The main target of the School Contest: “Think smart, create green” 2021-2022 involved promotion of the challenges faced by urban areas on the European coastline, inspiring the society to look for the proper solutions to apply environmental-friendly principles, in daily life.

School groups of private schools across the Region of Attica took part in that contest, from two age target groups, which had chosen to develop green sustainable proposals for the smart cities of the future. In particular, they had had the choice to select between two topics for presenting their suggestions. The first subject concerns “Smart Ports for Sustainable Green Cities” whereas the second one covers “Sustainable Green Buildings for Smart Cities.”

The following private schools took part in the competition, namely the 2nd Arsakeio Junior High School (Gymanasio) in Athens, Lycée Franco-Hellénique Eugène Delacroix, GEITONAS School, Avgoulea – Linardatou Private School, S., S.A., Athens College in Psychico and DOUKAS School. All the participant private schools in the contest were present at that ceremony event, wherein certificates of participation were awarded to all students, besides the relative mementos offered. Furthermore, the Rector of the Agricultural University of Athens Mr Spyridon Kintzios, Professor awarded an honorary commendation, giving the prize to the group of Athens College in Psychico distinguished, by winning first place in the International European Contest.

The Rector extended a welcome to all the groups congratulating them on their participation in the contest, highlighting the necessity for closer contact with the agri-food agency, especially of children living in large urban centers, thus leading to the cultivation of ecological conscience and environmental awareness from an early age.

The event was followed by a tour of all groups around the premises and infrastructure of the Agricultural University of Athens. The purpose of showing the groups around entailed the students becoming familiar with the history of the Institution, inasmuch the educational opportunities and benefits offered to its students, something that may work well in the future, as far as their career counselling is concerned.