The Agricultural University of Athens has participated in the race, entitled “KARPENISI TRAIL RUN 2022” 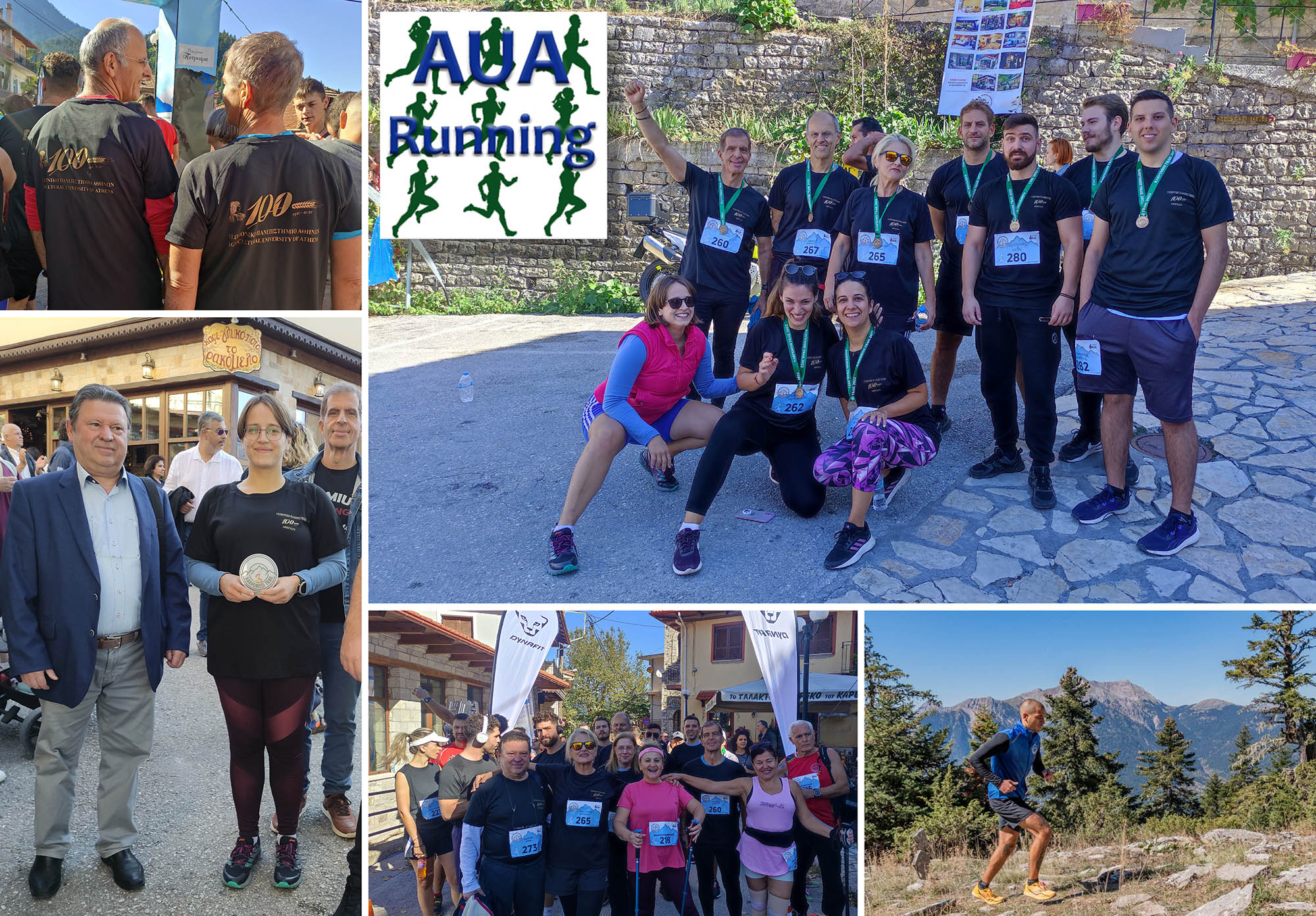 The Agricultural University of Athens has participated in the race, entitled “KARPENISI TRAIL RUN 2022”

The AUA RUNNING Team, gave its presence in Karpenisi by participating for the first time in mountain running races, under the name “KARPENISI TRAIL RUN 2022”, from 7 to 9 October 2022, performing the following race routes:

The beginning and the finish of the races took place in Megalo Chorio, in the Prefecture of Evrytania. The AUA RUNNING Team has participated in that organization of sporting events with 17 runners that had been formed by students, researchers and faculty staff coming from the Departments of the Agricultural University of Athens, including the ones headquartered in Athens, inasmuch the pertinent academic community members from the AUA Department of Forestry and Natural Environment Management headquartered in Karpenisi, making it the most populous group participation of this year's event.

The founding members of the AUA RUNNING Team, namely Mr Dionysios Kalivas, Professor and Mr Konstantinos Soulis, Assistant Professor, both form the Department of Natural Resources Development and Agricultural Engineering,  the President of the Department of Forestry and Natural Environment Management, Mr Spyridon Kaloudis, Associate Professor and Stavroula Galanopoulou, Assistant Professor coming also from the same Department, took part with enthusiasm in the races held on the Mount Kaliakouda, being one of the three most emblematic mountains in the regional unit of Evrytania along with Velouchi and Chelidona, wherein the highest peak reaches 2100m.

The AUA RUNNING Team is going to keep up its efforts for the implementation of its goals, which includes strengthening of the relations amongst all the members of the AUA academic community in general, through its participation in sports and other competent activities, composing an Institution which henceforth spans four cities in Greece.

Ms. Polyxeni Tsaliagkou, a founding member of the AUA RUNNING Team, being a Physical Education Teacher too, had been in charge of the coordination and the organization of the participation in the races entitled “KARPENISI TRAIL RUN 2022”. The forthcoming mass gathering of the participants shall be the authentic classic Marathon, in which our Team is going to participate with 125 runners, all the categories included.

For more races arranging photos, all the interested parties can visit the following link: https://photos.app.goo.gl/sXDR1SJf4iHDsFWUA