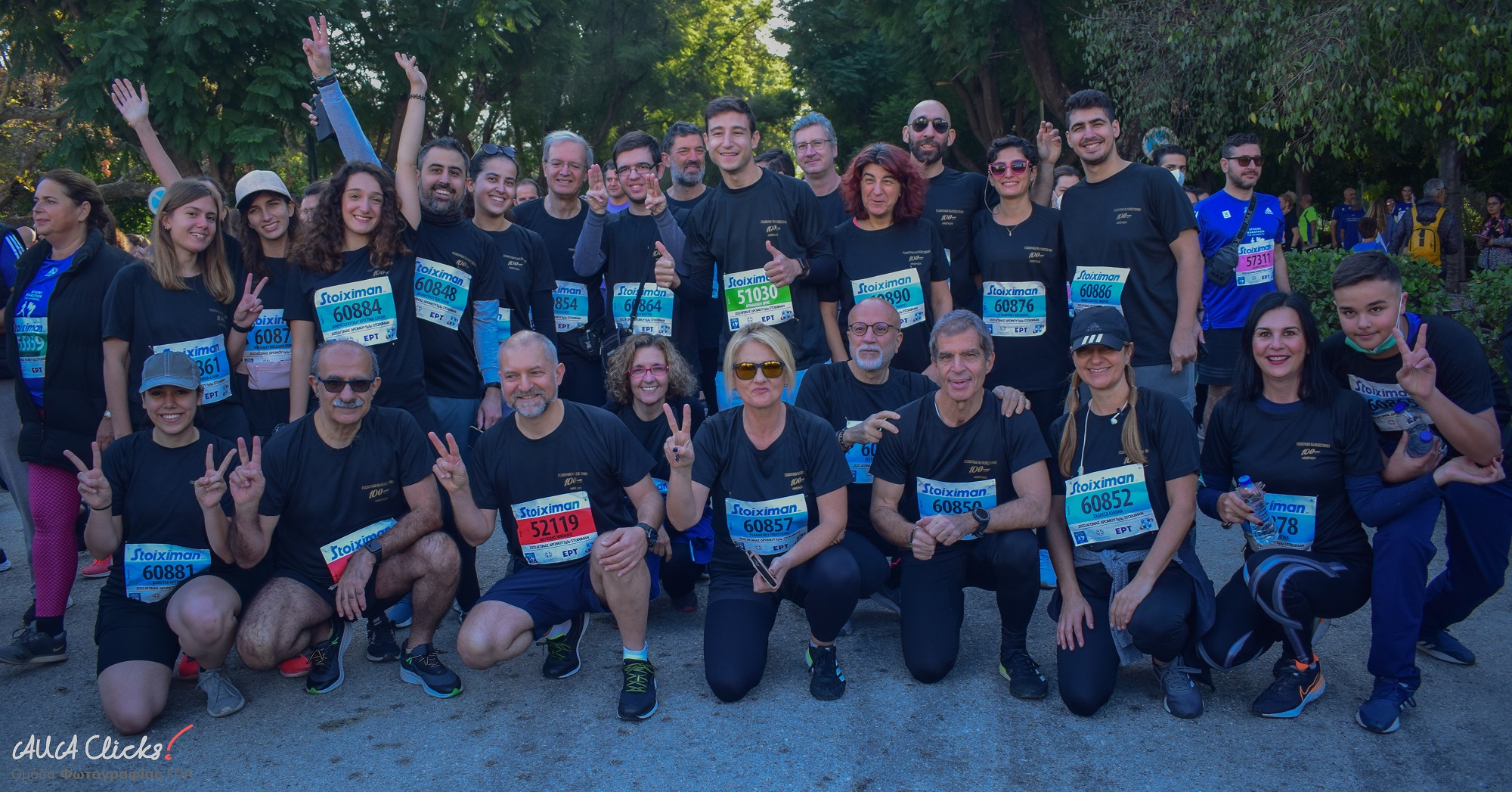 Participation of the Agricultural University of Athens at the 39th Authentic Athens Classic Marathon.

The 39th Authentic Athens Classic Marathon was held on Sunday, November 13, 2022. Last year was the first time that the Agricultural University of Athens had ever taken part in this athletic event of historical importance, with the newly formed group of runners, called “AUA RUNNING” Team, composed of 41 runners across the running lap of a 5 km race and two Marathon runners, across the running lap of a 42 km race. It is remarkable that this year the number of participants of the “AUA RUNNING” Team has reached 125 runners, who took part in the running laps of 5, 10 and 42 km race respectively, as well as in the Universities 10km Night Run, addressed only for University Students from all over the world, held for the first time during the afternoon hours on the 12th of November 2022.

Indeed, this year’s participation of the Agricultural University of Athens in the running lap of 42 km of the Authentic Athens Classic Marathon with 10 runners has been extraordinary, representing the University worthily, by scoring impressive performances. Specifically, Mr John Lolos, a Student from the Department of Biotechnology, has made a high achievement with a time of 2:59:16, finishing in the 168th position amongst more than 15.000 athletes, placing himself and the “AUA RUNNING” Team on the list with the best Marathon runners in Greece (http://www.runningnews.gr/mitem.php?id=51279 ).

It is worth mentioning that the Rectorate Authorities and in particular, the Vice Rector for Administrative, Academic and Student Affairs, Mr Nikolaos Dercas, Professor and the Vice Rector for Research and Lifelong Learning, Mr Stavros Zografakis, Professor, Faculty Staff, Staff from the Administrative Services and of course Students, who have formed the mainstream of that mission, have honoured with their presence the “AUA RUNNING” Team, thus giving the chance for an even greater students participation in the next competent Sport Event. Ms Polyxeni Tsaliagkou, a founding member of the “AUA Running” Team and a Physical Education Teacher, had been once more in charge of organizing and coordinating the AUA participation into the 39th Authentic Athens Classic Marathon.

All the participants have been delighted with the experience gained at the aforementioned races proving in the best way that the “AUA RUNNING” Team has been attaining its targets, namely attracting as many Academic Community Members as possible, with a view to engaging them in athletic and other actions, offering them the opportunity of getting to know each other, under conditions outside the daily work environment, contributing to such a team-building exercise, as well as developing and cultivating the sense of ”belonging” to the broad Academic Community Team. Furthermore, out of the joy brought on the part of all the AUA stakeholders, the desire for getting involved in similar actions has emerged, thus encouraging increasingly more Academic Community Members, urging them to acquire healthy habits and types of behaviour, for life. The “AUA RUNNING” Team is going to keep planning such actions, inviting all the Academic Community Staff to take active part into such prospective activities.

All in all, it should be mentioned that the Photography Team of the Agricultural University of Athens, AUA Clicks! has warmly supported the sporting action of the “AUA RUNNING” Team for a consecutive year, calling two photographers of that Team, so as to capture all the highlights of the races. Their contribution has been crucial to creating photo shots that underline the liveliness and enthusiasm of the participants to the full extent. The relevant photos are published on the following website: https://photos.app.goo.gl/WkWLybFr2S7vvyMu5 .