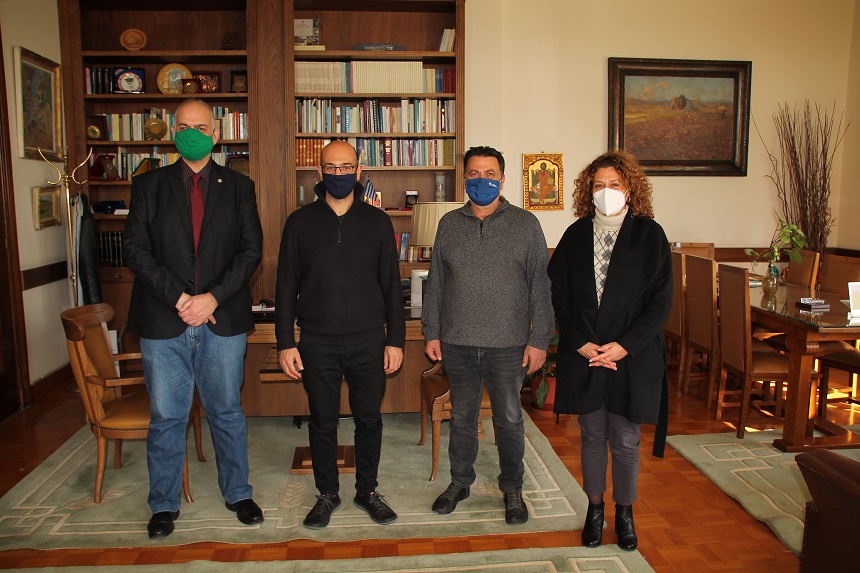 On Tuesday, 2nd of February 2021, a meeting was held at the Rector's Office of the Agricultural University of Athens, between the delegation of the Communist Party of Greece, namely, Mr. Kyriakos Ioannidis, Head of the Education Department of the Central Committee and Mr Themis Gionis, Member of the Central Committee and the Rector of the Agricultural University of Athens, Professor Spyridon Kintzios. The meeting was, also attended by Mrs. Niki Chronopoulou, President of the Federation of Administrative Staff of Higher Education.

Throughout the meeting, which was conducted in a very constructive atmosphere, the issues and approaches relevant on the recent draft bill of the Ministry of Education were discussed, along with the possible ways of dealing with the problems that have arisen, both from the ban of the physical educational process and from the general lack of support of the Public University, on behalf of the State.  Particularly mentioned were the emerging barriers to education and the risk of the abolition of University Departments.